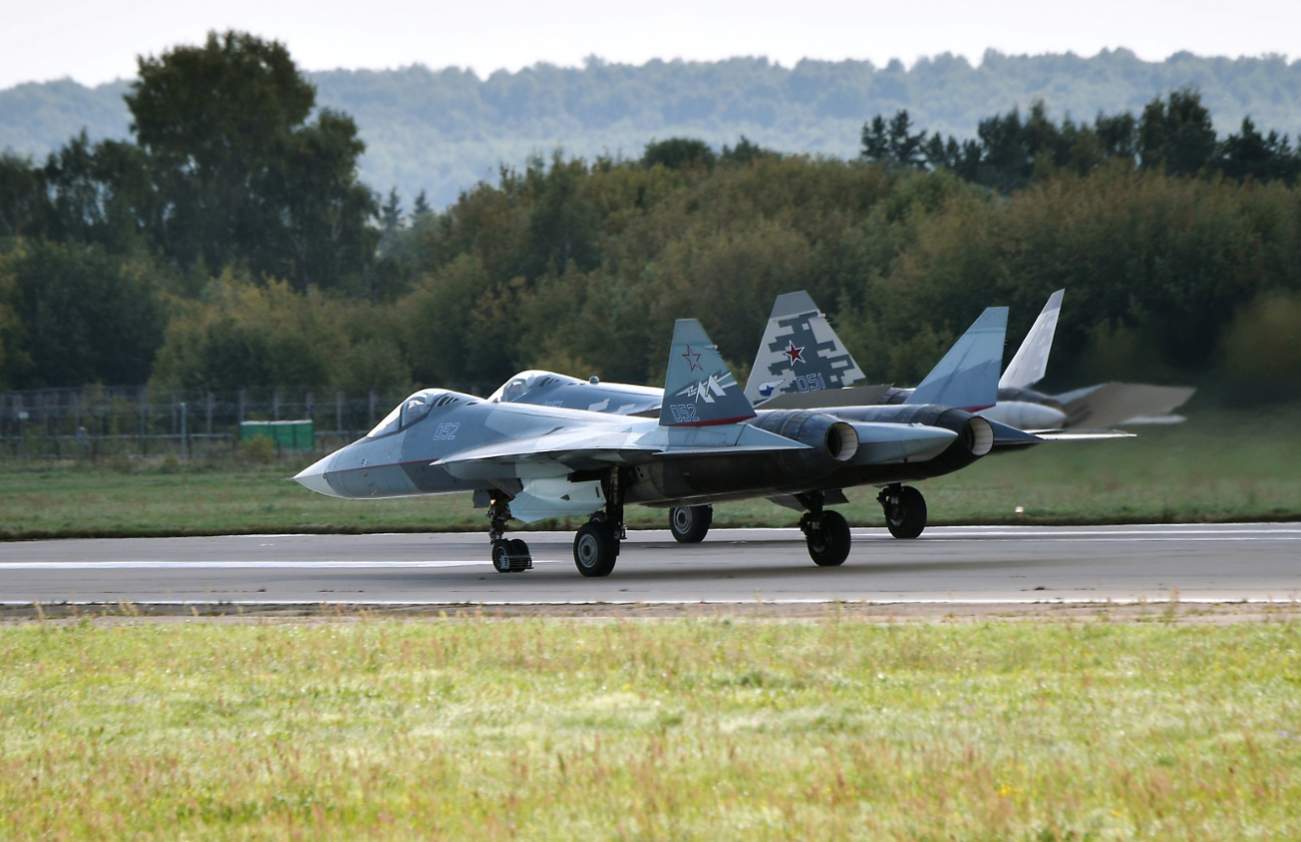 Algeria was rumored to be the first export customer.

Rumors circulated in late December 2019 that Algeria had inked a contract with Russia to become the first export customer of the Su-57 stealth fighter.

Be skeptical. The Su-57 hasn’t completed flight testing and lacks key systems. Production of the radar-evading, twin-engine fighter has proved difficult to scale. Sukhoi likely will struggle to fill, on time, Russia’s own orders for the type. Never mind building Su-57s for Algeria, too.

Mena Defense with a Dec. 27, 2019 story helped to legitimize the rumors. “It is now almost official, Algeria has inked a contract for the acquisition of 14 Su-57 stealth fighters and becomes the first customer to whom the manufacturer Sukhoi will export this more advanced Russian fighter,” the story stated.

The contract should be completed by 2025, by this deadline the Algerian army will deploy two wings of Su-30MKA, one squadron of Su-57, one of Su-35 and one of MiG-29M2 for air domination, two squadrons of upgraded Su-24 and one of Su-34 for the bomber fleet. The transformation of the pilots will be done on board the Yak-130.

Notably, no Russian source has confirmed the purported contract signing. That alone is reason to be wary of the Algerian Su-57 claim. Tom Cooper, an author and expert on Russian warplanes, explained to The Aviation Geek Club several other reasons to be skeptical.

When and How to Use Public-Private Partnerships in Infrastructure: Lessons From the International Experience -- by Eduardo Engel, Ronald D. Fischer, Alexander Galetovic