It’s a new year, which means another royal wedding is right around the corner. After months of rumors and speculation, Princess Beatrice’s wedding details have finally been confirmed. Though the Princess of York got engaged to businessman Edoardo Mapelli Mozzi last year, her wedding details were delayed due to a slew of royal events and scandals.

All hell broke loose for the royal family in November 2019 when Princess Beatrice’s father, Prince Andrew, gave an ill-fated interview with BBC News Night. The prince defended his 20-year-friendship with the late financier and sex offender, Jeffrey Epstein. The public and the royal family were horrified, and as a result, the prince stepped back from his royal duties after a lifetime of service. It doesn’t help that he has continued to hinder the FBI investigation into Epstein’s sex trafficking. He was also accused of having sex with one of Epstein’s alleged victims when she was just 17.

Then, just when the noise surrounding Prince Andrew died down, Prince Harry and Meghan, Duchess of Sussex announced Megxit, completely taking the spotlight off Princess Beatrice yet again. Now it looks like the Sussexes might even upstage the princess at her own wedding.

Princess Beatrice and Mozzi will tie the knot on May 29, 2020, at the Chapel Royal in St. James’s Palace. Following the wedding, the duo will have a reception in the gardens of Buckingham Palace.

The princess will have just 150 guests at her wedding. It will be much smaller than her sister, Princess Eugenie’s massive 2018 wedding which cost taxpayers a whopping $2 million. “She wants it small, contained, family, not a whole raft of celebrities,” royal expert Angela Mollard explained. “And who can blame her at the moment when her dad’s in the spotlight?”

The reception is a lovely gift from Queen Elizabeth II to her granddaughter, especially since the last reception that was held there was Prince William and Catherine, Duchess of Cambridge in 2011.

As we know, the Sussexes wanted to be part-time working royals like Princess Eugenie and Beatrice. However, Queen Elizabeth II and Prince Charles vetoed that idea. In a recent statement regarding Megxit, Prince Harry and Meghan Markle brought that up.

The statement read, “While there is precedent for other titled members of the Royal Family to seek employment outside of the ­institution, for The Duke and Duchess of Sussex, a 12-month ­review period has been put in place.”

Despite the drama, Page Six is reporting that an invitation to the princess’ wedding was extended to the Sussexes. As of now, the pair are planning on making the trip from Canada to London to be there.

Royal experts are hoping the event will be a way for the Sussexes to begin mending fences with the royal family. “[Their exit] inevitably requires sacrifices on both sides and the Sussexes need to be rather more gracious about it,” one expert claimed. “Sniping from the sidelines doesn’t help anyone.” 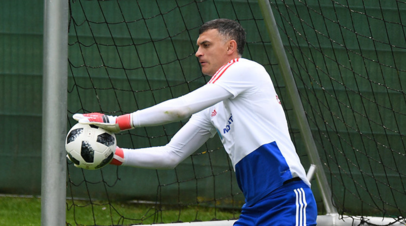