As Australia clashes with China, the European Union lays low 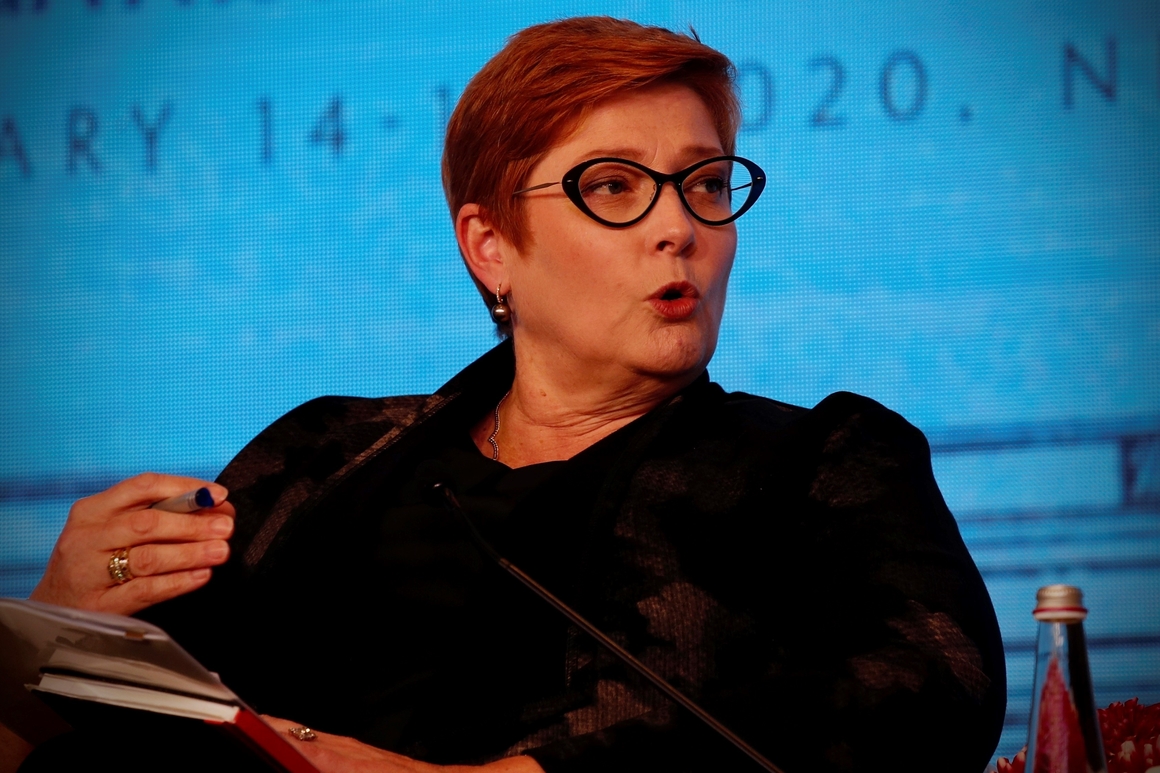 SYDNEY — Australia has stuck its neck out just as China is in a head-chopping mood. So where’s the EU when Canberra needs it?

With the world teetering on the edge of a pandemic-induced economic meltdown, Australia, the world’s 13th-largest economy already on the ropes after years of drought and a horrific fire season, now finds itself squaring off against the world’s No. 2 super-power.

As China threatens to attack Taiwan and pledges retaliation against any country that questions its coronavirus response, Australia this week, along with the U.S., U.K. and Canada, called out the Chinese government over a new national security law in Hong Kong they say is in direct conflict with Beijing's international obligations.

Australia was also the first country to call for an independent inquiry into the origins of the coronavirus pandemic amid concerns about transparency from Beijing, leading to economic retribution as China slapped trade tariffs on Canberra.

But the EU seems in no hurry to rush in behind its ally in engaging with Beijing. There could even be an upside for the bloc if Australia remains weakened, as Brussels and Canberra look to conclude a free-trade deal later this year.

European foreign ministers met Friday to reach a common position on China, issuing a statement expressing “grave concern” at its crackdown on Hong Kong. At a press conference afterward, the EU’s top diplomat, Josep Borrell, acknowledged that “the autonomy of Hong Kong has been really weakened.”

But asked whether China’s moves against Hong Kong put at risk the EU’s investment deals with Beijing, Borrell was unequivocal in his answer: “No.”

Will there be sanctions? “Only one country made reference to the question of sanctions,” Borrell said, referring to Sweden. (The EU’s decision not to use its leverage as the world’s biggest trade bloc comes in stark contrast to the U.S., which is threatening trade measures if Beijing proceeds with imposing national security laws.)

And Brussels is moving forward with plans for an EU-China summit in Leipzig in September. “As long as the pandemic allows for it to take place, it will take place,” Borrell said.

“We will continue trying to put pressure on the Chinese authorities in order to make them aware that this issue will affect the way we deal with some of the issues of mutual interest. But there is nothing more on the agenda,” he said.

Translation: If the EU ever gets off the fence, it’ll have an ass full of splinters.

Tensions between Beijing and Australia’s conservative government, meanwhile, have been simmering since 2016, when Canberra blocked bids by two Chinese companies for electricity distributor Ausgrid over national security concerns, before later banning telecoms firm Huawei from its 5G network in 2018.

In April, things reached boiling point when Australia’s Foreign Minister Marise Payne called for an urgent inquiry into the origins of the coronavirus outbreak, to be run independently of the World Health Organization.

The EU, for its part, effectively hung Australia out to dry at the WHO's World Health Assembly in May, derailing Canberra’s call (with the U.S.) for an independent probe into the coronavirus outbreak by negotiating a compromise counter-proposal with Beijing.

China, meanwhile, responded to Australia’s slight by slapping an 80 percent tariff on its barley exports and banning four of its largest abattoirs from sending red meat to China. The move was a clear warning shot, with the country also threatening to boycott Australian coal.

In an editorial published Wednesday, the Global Times, a mouthpiece of the Chinese government, warned ominously: “If Australia keeps angering China, China should give it a lesson much heavier than tariffs on barley.”

Asked to comment on Beijing’s pressure on Australia, Virginie Battu-Henriksson, the EU’s spokesperson for foreign affairs and security policy said: “The European Union is a staunch supporter of open and fair trade within a rules-based, multilateral trading system. We encourage all countries to avoid barriers to free and open trade and escalating tensions, in particular at a time when our efforts should be concentrated on fighting the coronavirus pandemic and its consequences.”

A trade war with China is no fun for anyone, but it’s especially problematic for Australia. Unlike the EU and the U.S., which both run large deficits, Australia has a significant trade surplus with the country.

China’s Ambassador to Australia Cheng Jingye gave an indication of the stakes when he told the Australian Financial Review in April that, in the long term, people in China may start to ask, “‘Why we should go to such a country while it’s not so friendly to China?'

“The tourists may have second thoughts. Maybe the parents of the students would also think whether this place, which they find is not so friendly, even hostile, is the best place to send their kids to ... And also, maybe the ordinary people will think 'why they should drink Australian wine or eat Australian beef?”

Canberra doesn’t need to look far for examples of what happens when Beijing’s feelings get hurt.

China froze relations with Oslo for six years after a committee appointed by the Norwegian parliament awarded the 2010 Nobel Peace Prize to imprisoned Chinese dissident Liu Xiaobo. Beijing took a year for it to get over South Korea’s decision to host a U.S. missile shield. And Canada is still feeling the heat over the arrest of senior Huawei executive Meng Wanzhou in 2018.

The Chinese embassy in Australia did not respond to a request for an interview for this article.

If China stops buying Australia’s beef, barley and wine, perhaps the EU, a fellow champion of the “rules-based global order,” will step in to lend a hand?

“Europe might be the last global power to help Australia out on beef,” said economist Hosuk Lee-Makiyama, the head of the Brussels-based ECIPE think tank.

Australia’s hormone-free beef imports into the EU are subject to a quota, which the EU has been cutting in favor of the U.S. since last year. The 2020 limit is now almost fully used up, according to people briefed on the matter, and Brussels hasn’t discussed expanding it.

Negotiators recently completed their (virtual) seventh round of negotiations on an EU-Australia trade deal. While the Aussies insist the current trade spat with China has no direct impact on talks with Brussels, it’s hard to imagine the pressure to find new buyers for its farmers isn’t weighing on minds.

“Australia obviously wants access to those [EU] markets as a major agricultural exporter, and it will be more interested in that given what’s going on with China,” said Roland Rajah, the lead international economist at the Lowy Institute think tank. “We’ll be hoping for some level of solidarity" from the EU, Rajah said.

"Desperation would be overstating it, but [the trade spat with China] weakens our bargaining position," said Saul Eslake, an independent economist and vice chancellor’s fellow at the University of Tasmania.

Still, there’s reason to hope Beijing may back off from a full-scale trade war with Canberra.

China is already engaged in battle with U.S. President Donald Trump in response to its moves on Hong Kong and handling of the coronavirus crisis. It's still reeling from the economic toll of the pandemic. And while China is Australia’s largest trading partner and its biggest export market, the relationship is co-dependent.

“They take 40 percent of our exports, but we provide the majority of their iron ore imports, we provide almost half of their coal imports, many of their gas imports,” said Lowy's Rajah.

Who takes the ECB’s targeted funding?

Fabio Panetta: The price of uncertainty and uncertainty about prices: monetary policy in the post-COVID-19 economy

Yves Mersch: In the spirit of European cooperation