AFTER being cooped up indoors during the novel coronavirus pandemic, consumers are beginning to feel more confident about getting out and spending. But the rules of the retail industry are being rewritten.

According to surveys, new habits of shopping and even dining are appearing, and they are likely to reshape spending patterns for the foreseeable future.

Research and data firm Kantar, in a global survey of more than 45,000 consumers in late April, found a third of households increased their online spending during lockdown and one in three households said that purchase format will increase in the future.

At the same time, the percentage of people who say they will pay more attention to prices has increased to 68 percent from 59 percent about one month ago.

Much discretionary spending will be put on hold, as the risks and uncertainties experienced during the pandemic stoked the incentive to save money. The acceleration of e-commerce will create new household names and service models, the survey found.

All over the world, consumers now are showing more favor toward products produced locally. About two-thirds of respondents in the Kantar survey said they prefer to purchase goods and services from their own country.

China has become the top country under the “buy local” slogan, with 87 percent of people here expressing that view, followed by consumers in Italy, South Korea and Spain.

Providers of goods and services who were agile and creative during lockdown were most successful in tapping the new consumer trends.

Retailers or manufacturers that were slow to respond to the online shift will be left behind for certain, she added.

The UBS study pointed out an unexpected sales bounce in China in the past two months, especially during the Labor Day holiday in early May. That burst of spending was triggered by pent-up demand, shopping discounts and other forms of stimulus.

“In the short term, discounts will be a major driver of consumer spending,” Peng noted.

Sportswear has been a major beneficiary beyond daily necessity spending amid increased consumer awareness of health and fitness.

Will consumer sentiment and spending levels return to pre-epidemic levels?

That will depend on export figures and the status of employment, especially in the services sector, Peng added.

One-third of consumers said they have less interest in buying luxury products. However, there are potential bright spots for high-end retail, mainly for beauty and digital products. Nearly half the respondents in the Mintel survey expressed increased or unchanged demand for those products.

“Fear over the virus and contamination risks have stabilized, compared with the early period of the outbreak, and many people has come to accept the impact over the long term,” explained Josh Ding, Boston Consulting Group managing director.

According to a survey of about 2,800 Chinese consumers by the group in early May, about two-thirds of respondents said their lifestyles had changed, and nearly 70 percent said businesses should be gradually reopened to avoid a return of the coronavirus outbreak.

Out of 10 categories where consumers said they intend to increase spending in the next six months, the majority are related to daily necessities. Nutritional supplements were the one exception.

Over 55 percent of respondents said they have purchased more lower-price products following the virus outbreak, and 57 percent said they intend to buy more sustainable or environmentally friendly products in the future.
Читать на сайте

Isabel Schnabel: The ECB&#039;s policy response to the COVID-19 crisis

Video: AfDB Vice President of Human and Social Development on preparing for the next pandemic

Rethinking capital regulation: the case for a dividend prudential target 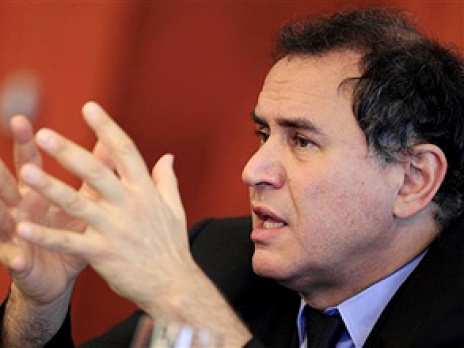