Cliffhanger for small investors who poured money into Yorkshire mine

Thousands of locals bought stock in a new potash mine near Whitby. But the money ran out and big business moved in, leaving shareholders with a tricky choiceFor the best part of a decade, North Yorkshire has been dreaming about gold hidden beneath the brooding beauty of the moors.A deep mine on the eastern edge of the North York Moors, the first in the UK for 40 years, promised to bring jobs, investment and spectacular returns for anyone who dipped into their pockets to help fund it. But in the end, no one but a handful of hedge funds and a global mining giant is likely to make any money out of North Yorkshire’s buried treasure. Continue reading...

Global markets slide on back of coronavirus concerns in China

Stocks fall as fears intensify over potential impact of outbreak on world economyFinancial markets around the world have sold off sharply amid rising concerns over the coronavirus outbreak in China, with Beijing fighting to contain the spread of the disease while the death toll climbs.Stocks slid as fears intensified over the potential impact of the escalating emergency on the world economy, as Chinese authorities stepped up their response, with more than 2,700 cases and 81 deaths confirmed. Continue reading...

Fertiliser miner struggling to fund plans to extract polyhalite from under North York MoorsThe mining company Anglo American could rescue plans to dig the UK’s first deep mine in 40 years under the North York Moors through a £386m takeover bid for Sirius Minerals.The businesses are in advanced talks over a bid that would save Sirius from collapse after the struggling fertiliser miner failed to raise funds for its Yorkshire mine project. Continue reading... 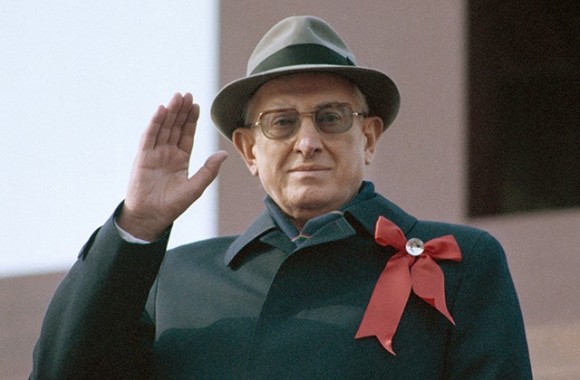 Is The UK Manufacturing Its Nerve Agent Case For 'Action' On Russia?

Stocks opened higher on Wednesday morning, but U.S. indexes quickly slumped into the red on the back of continued concerns about an impending trade war.

Despite the sport’s popularity in the UK, Britain has never produced a fight flick anywhere near the likes of Rocky or Raging Bull. Can it ever change?As UK cinemas prepare for the release of Paddy Considine’s new feature Journeyman, it’s a good time to think about the genre that Considine is working in: the boxing film. Asked to list some of the genre’s characteristics, the average movie-goer might say: a working-class setting, predictable rise and fall, lots of triumphalism, and something else ... Americans. In spite of the sport’s Anglo-American genesis and its still immense popularity in the UK, few British films about the fight game – compared with the heft of Rocky or Raging Bull or Creed or Million Dollar Baby – have ever made a big dent, either at the box office or in the public consciousness.Considine’s second film as director in fact turns away from the expectations of genre. His is a humane and realistic depiction of a fighter battling a brain injury. It eschews rags-to-riches tales, heroic comebacks or greedy mob fixers, and focuses simply on a wealthy professional athlete facing a heartbreaking situation. And beyond the film’s unexpected treatment of familiar sports terrain, there’s something else about Journeyman that’s nice: it’s homegrown. Continue reading...

Harold Macmillan: "Greeks to Their Romans...": Document: On the Twentieth Century Imperial Succession

**D.R. Thorpe**: [Supermac: The Life of Harold Macmillan](https://play.google.com/store/books/details?id=lzVgMHMwZtwC) >[Harold] Macmillan dubbed Roosevelt ‘The Emperor of the West’, and Churchill ‘The Emperor of the East’. When Eisenhower paid court to Roosevelt, Macmillan said to Bob Murphy, ‘Isn’t he just like a Roman centurion?’ The classical analogy famously went further. To Dick Crossman, Director of Psychological Warfare at AFHQ, he said: >>We, my dear Crossman, are Greeks in this American empire. You will find the Americans much as the Greeks found the Romans – great big vulgar, bustling people, more vigorous than we are and also more idle, with more unspoiled virtues, but also more corrupt. We must run A.F.H.Q. as the Greeks ran the operations of the Emperor Claudius... The source Thorpe gives for this quote is the _Sunday Telegraph_ for February 9, 1964. Anybody found a longer description? Not in the biographies, and library does not seem to have Crossman's _Backbench Diaries_... ---- ---- **Thorpe**: >On 22 December, Macmillan was summoned to Downing Street. It was one of the turning points of his life. Churchill outlined the complex situation obtaining in North Africa. Macmillan’s importance, he emphasised, would lie in the relationship he could build up with Eisenhower… >As Macmillan...