It has been several weeks since the name Monte Paschi, likely the most bailed out Italian bank in history, not to mention the oldest bank in the world, graced these pages: with the Italian elections now over and BMPS' political utility as leverage against Italy's Democratic Party finished, we expected that the next time we would read, and write, about it would be the next time it would need a bailout (its fourth in the past four years) sometime in the next 3 to 6 months. Sadly, Monte Paschi is squarely back on the front page following news moments ago that David Rossi, the head of communications at the bank, committed suicide by jumping off the building. From La Repubblica: David Rossi, head of communication of Banca Monte dei Paschi di Siena, was killed this evening by jumping from one office to the headquarters of the institute in Rocca Salimbeni.  Rossi, 51, was the longtime collaborator of the former Number 1 at Monte Paschi, Giuseppe Mussari. Rossi had been raided ten days ago in the investigation on Monte but was not investigated.  On the spot, in addition to the police, it's 118, but the relief effort was useless.   Rossi was for many years a man of representation of MPS and its former president. Among his other responsibilities were marketing and communications. While we have no knowledge of what personal, or professional, matters may have plagued the young man shown in the picture, if this terminal act of desperation is in fact related to the ongoing inquiry against the bank, then it is very likely that things in Italy are about to get very ugly very fast once more. Some more from the Italian press: The association with Mussari was started since 2001, when the former president of MPS and Abi was head of the Foundation, the reference shareholder with 34.9% stake in the bank, and Rossi was responsible for the communication of the institution. No left to imagine the dramatic climax, colleagues who had also contacted in recent days for the latest news on the institution of credit had responded with the same friendliness and professionalism of all time.   Rossi, married, had two children and was well known in the city.   Its commitment to the bank manager, joined also the vice president of the International Center of Art and Culture of Palazzo Te and a member of the board of directors of paint for cultural projects.   In a basket in his office investigators have found a crumpled piece of paper. Above, according to reports, it was written: 'I made ??a bullshit'. A bullshit big enough to take one's life over, and to deprive two children of their father? 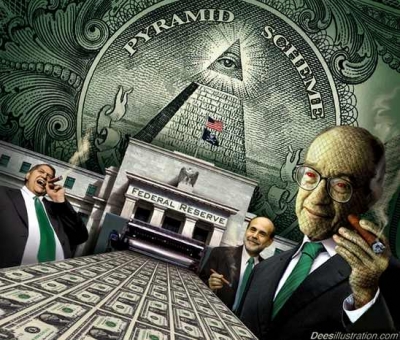 Berlusconi's defence of Italy's fascist dictator, and a possible banking scandal on the left, set to electrify election campaignSilvio Berlusconi was accused of being a "disgrace" on Sunday, after choosing Holocaust Memorial Day to praise Italy's fascist dictator, Benito Mussolini.Speaking to reporters at a commemoration event during which he appeared to fall asleep , Berlusconi said Mussolini's antisemitic race laws were the most blameworthy initiative of someone "who, in many other ways, by contrast, did well".He also said Italy "did not have the same responsibilities as Germany" and that Mussolini's co-operation with Hitler was "not entirely conscious at the start".His remarks, apparently intended to cut the ground from under the far right, prompted an outcry from other Italian politicians. Dario Franceschini, the leader of the centre-left Democratic party (PD) in the lower house, said they were a "disgrace and an insult to history and memory".Marco Meloni, the PD's spokesman for institutional affairs, added: "Our republic is based on the struggle against Nazi fascism, and these are intolerable remarks which are incompatible with leadership of democratic political forces."But, as he has repeatedly done ahead of the election on 24 and 25 February, Berlusconi succeeded in grabbing the headlines. His tactics have helped reverse the decline of his Freedom People movement since he snatched back the helm in December.Berlusconi's remarks, combined with allegations at the weekend of a colossal slush fund at a bank traditionally close to the left, looked set to electrify a hitherto lacklustre campaign. The election is crucial to the stability of Italy and the eurozone. Italy's economy is the biggest in the single currency area' troubled periphery, and with huge public debts and scant potential for growth, it can ill-afford a hung parliament.The left-leaning daily La Repubblica reported at the weekend that prosecutors were trying to find out what had happened to €2.6bn (£2.2bn) paid into a London bank account during the 2007 sale of Banca Antonveneta to the world's oldest bank, Monte dei Paschi di Siena (MPS), which has traditionally had links the left.Of the total, €1bn appeared to be for a transaction with an international bank, but the other €1.6 billion was apparently unaccounted for and prosecutors suspected the cash had been drip-fed back to Italy to form a slush fund, the paper said.True or false, the allegations could prove hugely damaging to the front-running PD. Its leader, Pierluigi Bersani, hit back at the party's accusers, saying: "We shall tear them to pieces".It was not clear who might have benefited and there was no suggestion that any other institution involved in the sale had committed wrongdoing. MPS's current management has said it is co-operating fully with the prosecutors.La Repubblica said the prosecutors' findings would be withheld until after polling. But that raised the prospect of a steady trickle of media revelations and allegations in the runup to the vote.The PD is already under pressure over claims of gross mismanagement at Tuscany's beleaguered "red bank". MPS bosses are alleged to have entered into a string of high-risk derivative trades and hidden their losses from the central bank. Berlusconi, whose conservative alliance is catching up on the PD and its allies, said: "If the left isn't up to running a bank, it certainly isn't up to running the country."The prime minister, Mario Monti, whose coalition is lying third, said: "The PD is involved in this affair because it has always had great influence [on MPS]." But Monti too is vulnerable to criticism that he is keeping MPS afloat by putting taxpayers' money at risk. On Friday, shareholders endorsed a second bailout in which the government will lend the bank €3.9bn.The MPS affair could also inject new life into the flagging campaign of the internet-based Five Star Movement (M5S), fronted by the blogger and comedian Beppe Grillo. The M5S has long targeted corruption in high places. The website Termometro Politico, which keeps a running average of poll results, calculated Grillo's movement was set to take around 13% of the vote.With a predicted 37-38% of the vote, the PD and its allies look assured of a majority in the lower house. Under Italy's electoral system, the alliance that comes first gets a bonus to assure it of more than half the seats. But the rules for the upper house are different, and there the PD and the more radical Left, Ecology and Freedom (SEL) party look as if they will fall short of a majority.Since the two houses of parliament have equal powers, that would mean deadlock unless the centre-left found a coalition partner. With Grillo discounting a deal of any kind, the only realistic prospect would be Monti's loose alliance of liberal reformists, conservative Christian Democrats and reconstructed neo-fascists. But that would make for a notably – and perhaps unworkably – heterogeneous cabinet.Silvio BerlusconiItalyEuropeJohn Hooperguardian.co.uk © 2013 Guardian News and Media Limited or its affiliated companies. All rights reserved. | Use of this content is subject to our Terms & Conditions | More Feeds

CONFUSED, shocked and furious. These three words pretty much sum up how shareholders of the Banca Monte dei Paschi di Siena (MPS), Italy's third largest bank and the world's oldest, felt when they gathered on January 25th. The meeting had been called to ask them to put their bank in hock to the state through a convertible bond subscribed by the government of up to €4.5 billion ($6 billion). (When the stock market closed on the day of the meeting, MPS was worth just under €3 billion.) Aimed at bringing the bank's capital ratios up to scratch, the state aid, which was approved by the shareholders, comes at an eye-watering price: MPS will pay 9% interest, and the rate will increase starting next year.