Ye Jianming courted the Biden family and networked with former United States security officials. Today, his empire is crashing down in court.

The head of the Chinese company’s nonprofit arm discussed using its connections to help sell weapons to Chad, Qatar and Libya, according to federal prosecutors.

Prosecutors offered no explanation for dismissing the case. Cheikh Gadio was arrested 10 months ago along with a representative of CEFC China Energy.

China Seeks Influence in Europe, One Business Deal at a Time

A mysterious Chinese company went on a buying binge in the Czech Republic following Xi Jinping’s call for greater sway in the region. What was the cost? 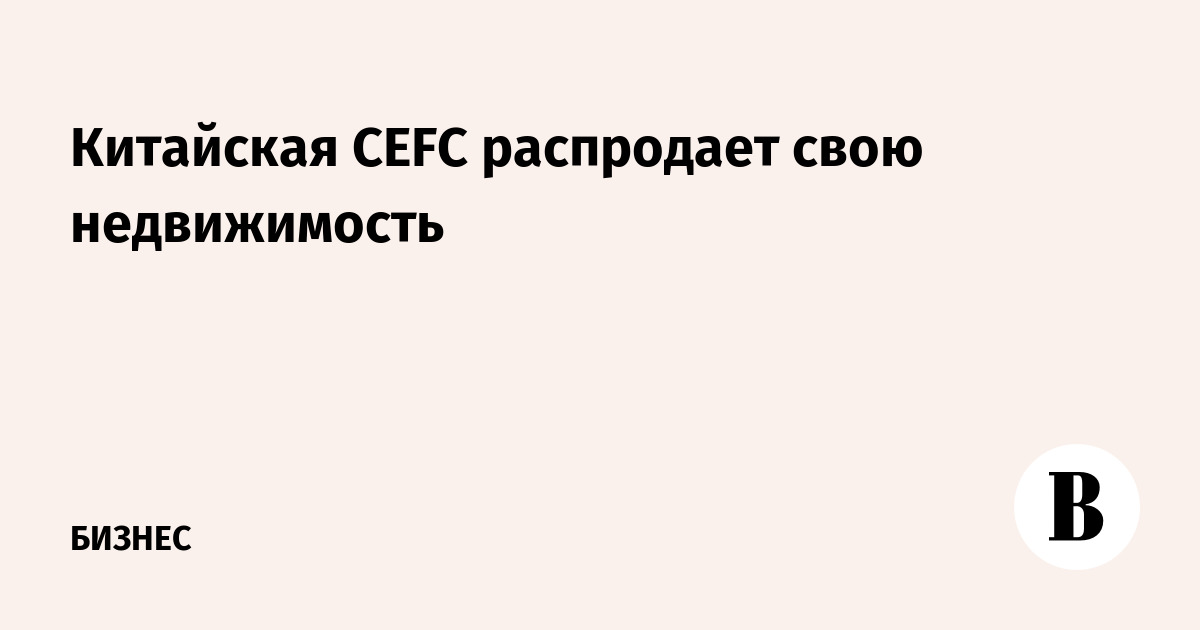 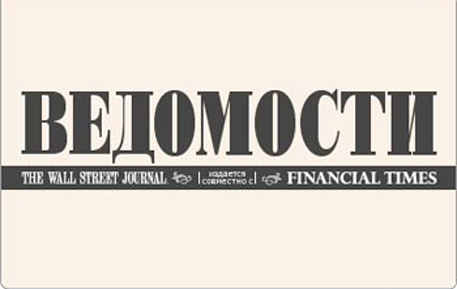 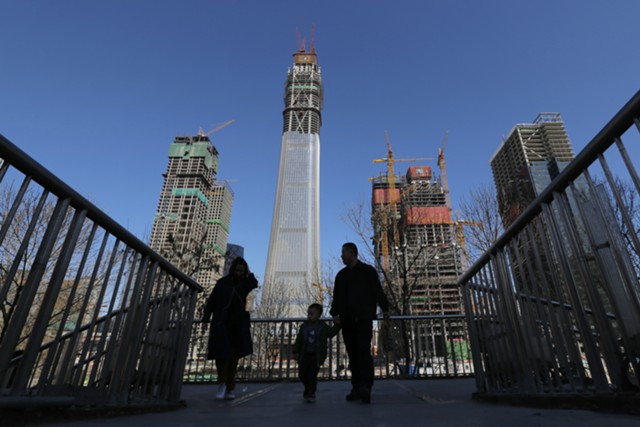 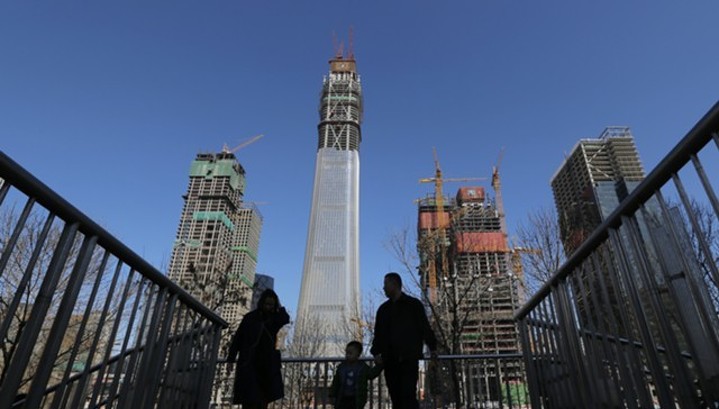 The U.S. Department of the Interior is auctioning on Tuesday, March 20, a total of 43 parcels in southeast Utah for oil and gas development, despite protests from environmentalists that the lease sales are near archaeological monuments and spectacular redrock wilderness. The auction of 51,400 acres today is part of the U.S. Administration’s plans to open up wider areas for oil and gas drilling in the country—a campaign pledge that President Donald Trump has been following since taking office. The auction includes areas that are near…

Ye Jianming cast himself as a new kind of private entrepreneur in China, but his company now faces legal challenges at home and in the United States.

Authored by Tsvetana Paraskova via OilPrice.com, When a little-known private Chinese company said in September 2017 that it would be buying 14 percent in Rosneft, many analysts were wondering how an obscure fuel trading company rose to such prominence as to become a major global M&A player to the point of agreeing to pay as much as US$9 billion for the stake in Russia’s oil giant.    Six months later, the mystery surrounding CEFC China Energy is not only left unsolved - it has become even more unclear, with a flurry of media reports over the past week revealing that its CEO is under investigation by the Chinese authorities and that the Chinese state has taken over management of the company as it seeks to rein in private businesses and their unrestrained spending. With all the negative news surrounding CEFC China Energy over the past week, analysts are now wondering if the company has fallen out of favor with the Chinese authorities and if the acquisition of the stake in Rosneft is in jeopardy. When it announced the deal to buy 14 percent in the Russian oil giant from Glencore and the Qatar Investment Authority (QIA), CEFC China Energy said that it is invested in oil and gas development in Russia, Central Asia, Central and Eastern Europe, the Middle East and Africa, and owns oil and gas terminals in Europe, including oil refineries and gas stations. On February 21, 2018, Glencore said in its 2017 results release that the Rosneft deal, “subject to customary regulatory approval processes, is expected to complete in H1 2018.” Just a week later, reports emerged that Chinese authorities were investigating the chief executive of CEFC China Energy, Ye Jianming, on suspicion of economic crimes. CEFC said that those reports were “unfounded” and “irresponsible”. Rosneft spokesman Mikhail Leontyev told Reuters that the investigation was not related to the Russian company. Nevertheless, the reports about CEFC’s chief executive being investigated are reminiscent of China seizing control of Anbang Insurance Group last month and charging its chairman with fraud and abuse of position. A day after reports emerged about CEFC’s Ye being investigated, the South China Morning Post reported that the state is taking over the management and daily operations at CEFC China Energy, citing two sources with direct knowledge of the matter.  Shanghai Guosheng Group, a portfolio and investment agency controlled by the municipal government of Shanghai, has taken over management at CEFC China Energy in a widening crackdown on private entrepreneurs, SCMP reported, noting that most of CEFC’s acquisitions were funded by Chinese state banks, primarily China Development Bank, which is financing projects in line with China’s state policies. CEFC China Energy is also said to have failed to pay for registered capital of an oil trading joint venture that it would have created with a company controlled by the Chinese Zhejiang province, and the government-controlled company has scrapped the JV plan, people with knowledge of the matter told Bloomberg. The flow of media reports about troubles at CEFC China Energy makes analysts question the company’s ability to close to the Rosneft deal, as it looks like that the Chinese firm is in the crosshairs of the crackdown on private businesses after President Xi Jinping’s government warned just last week that no Chinese billionaire, no matter how well-connected, is safe from scrutiny and investigation. Commenting on CEFC China Energy’s predicaments, Li Li, a research director with commodities researcher ICIS China, told Bloomberg: “Now, many people in the industry are questioning not only its capability to finalize the Rosneft deal but to sustain normal operations.” According to Bloomberg Gadfly columnist Nisha Gopalan, while the Rosneft deal is unlikely to be totally scrapped, should the Chinese government take over control of CEFC, this could provide a pretext to renegotiate the financial terms of the stake’s acquisition. While China and Russia continue to boost their oil relations, the Chinese government is stepping in to rein in private businesses and possibly obtain direct control over private Chinese energy ventures overseas.

Permian Investments Represent $2 Of Every $10 In Global OFS Spend

Investments in the Permian Basin represent $2 of every $10 spent on oilfield services and equipment worldwide, according to analysis by an Oklahoma-based consulting firm. Spears & Associates said spending on drilling in the Texas basin, which is roughly the size of Florida, will rise by 50 percent this year from the boom of 2014. “The oil is a half day’s drive from the global headquarters of most oil companies, sits smack in the middle of the world’s largest consuming nation, the natives are friendly, and the government’s…

When a little-known private Chinese company said in September 2017 that it would be buying 14 percent in Rosneft, many analysts were wondering how an obscure fuel trading company rose to such prominence as to become a major global M&A player to the point of agreeing to pay as much as US$9 billion for the stake in Russia’s oil giant.    Six months later, the mystery surrounding CEFC China Energy is not only left unsolved—it has become even more unclear, with a flurry of media reports over the past week revealing that its…