[Из песочницы] Musical box and rotary encoder on FPGA board

Introduction We are the first year students studying Computer Science in Innopolis University and we would like to share our experience in developing a Verilog program to create the coolest (well, at least, the loudest) rotary encoder ever on an FPGA board. In this article, you will find a wonderful story about our project, the hardware, software we used and some background theory regarding rotary encoder and creating sounds in FPGA’s buzzer. Finally, we will provide a link to a github repository where a reader can access the source code. We hope you will like the project and it will inspire you to make something similar. So, let’s start! Hardware and Software Читать дальше →

ANTISOCIAL MEDIA: Fixing Facebook: Zuckerberg falls short of his New Year’s goal. Over the year, Zuckerberg published a series of notes outlining what Facebook’s done to combat election meddling, as well as hate speech, misinformation and other offensive content. The social network pulled down more than 1.5 billion fake accounts, launched a database of political […] 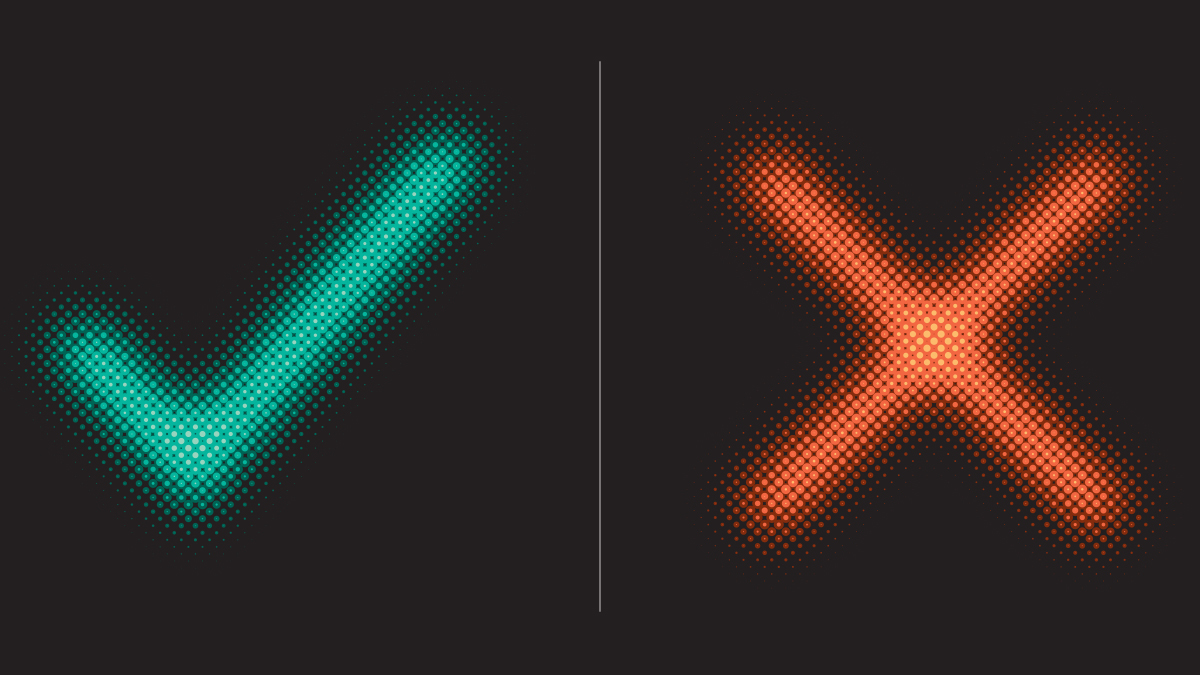 Why We Need to Audit Algorithms

Thoth_Adan/Getty Images Algorithmic decision-making and artificial intelligence (AI) hold enormous potential and are likely to be economic blockbusters, but we worry that the hype has led many people to overlook the serious problems of introducing algorithms into business and society. Indeed, we see many succumbing to what Microsoft’s Kate Crawford calls “data fundamentalism” — the notion that massive datasets are repositories that yield reliable and objective truths, if only we can extract them using machine learning tools. A more nuanced view is needed. It is by now abundantly clear that, left unchecked, AI algorithms embedded in digital and social technologies can encode societal biases, accelerate the spread of rumors and disinformation, amplify echo chambers of public opinion, hijack our attention, and even impair our mental wellbeing. Ensuring that societal values are reflected in algorithms and AI technologies will require no less creativity, hard work, and innovation than developing the AI technologies themselves. We have a proposal for a good place to start: auditing. Companies have long been required to issue audited financial statements for the benefit of financial markets and other stakeholders. That’s because — like algorithms — companies’ internal operations appear as “black boxes” to those on the outside. This gives managers an informational advantage over the investing public which could be abused by unethical actors. Requiring managers to report periodically on their operations provides a check on that advantage. To bolster the trustworthiness of these reports, independent auditors are hired to provide reasonable assurance that the reports coming from the “black box” are free of material misstatement. Should we not subject societally impactful “black box” algorithms to comparable scrutiny? Indeed, some forward thinking regulators are beginning to explore this possibility. For example, the EU’s General Data Protection Regulation (GDPR) requires that organizations be able to explain their algorithmic decisions. The city of New York recently assembled a task force to study possible biases in algorithmic decision systems. It is reasonable to anticipate that emerging regulations might be met with market pull for services involving algorithmic accountability. So what might an algorithm auditing discipline look like? First, it should adopt a holistic perspective. Computer science and machine learning methods will be necessary, but likely not sufficient foundations for an algorithm auditing discipline. Strategic thinking, contextually informed professional judgment, communication, and the scientific method are also required. As a result, algorithm auditing must be interdisciplinary in order for it to succeed. It should integrate professional skepticism with social science methodology and concepts from such fields as psychology, behavioral economics, human-centered design, and ethics. A social scientist asks not only, “How do I optimally model and use the patterns in this data?” but further asks, “Is this sample of data suitably representative of the underlying reality?” An ethicist might go further to ask a question such as: “Is the distribution based on today’s reality the appropriate one to use?” Suppose for example that today’s distribution of successful upper-level employees in an organization is disproportionately male. Naively training a hiring algorithm on data representing this population might exacerbate, rather than ameliorate, the problem. An auditor should ask other questions, too: Is the algorithm suitably transparent to end-users? Is it likely to be used in a socially acceptable way? Might it produce undesirable psychological effects or inadvertently exploit natural human frailties? Is the algorithm being used for a deceptive purpose? Is there evidence of internal bias or incompetence in its design?  Is it adequately reporting how it arrives at its recommendations and indicating its level of confidence? Even if thoughtfully performed, algorithm auditing will still raise difficult questions that only society — through their elected representatives and regulators — can answer. For instance, take the example of ProPublica’s investigation into an algorithm used to decide whether a person charged with a crime should be released from jail prior to their trial. The ProPublica journalists found that the blacks who did not go on to reoffend were assigned medium or high risk scores more often than whites who did not go on to reoffend. Intuitively, the different false positive rates suggest a clear-cut case of algorithmic racial bias. But it turned out that the algorithm actually did satisfy another important conception of “fairness”: a high score means approximately the same probability of reoffending, regardless of race.  Subsequent academic research established that it is generally impossible to simultaneously satisfy both fairness criteria.  As this episode illustrates, journalists and activists play a vital role in informing academics, citizens, and policymakers as they systematically investigate such tradeoffs and evaluate what “fairness” means in specific scenarios. But algorithm auditing should be kept distinct from these (essential) activities. As this episode illustrates, journalists and activists play a vital role in informing academics, citizens, and policymakers as they investigate and evaluate such tradeoffs. But algorithm auditing should be kept distinct from these (essential) activities. Indeed, the auditor’s task should be the more routine one of ensuring that AI systems conform to the conventions deliberated and established at the societal and governmental level. For this reason, algorithm auditing should ultimately become the purview of a learned (data science) profession with proper credentialing, standards of practice, disciplinary procedures, ties to academia, continuing education, and training in ethics, regulation, and professionalism. Economically independent bodies could be formed to deliberate and issue standards of design, reporting and conduct. Such a scientifically grounded and ethically informed approach to algorithm auditing is an important part of the broader challenge of establishing reliable systems of AI governance, auditing, risk management, and control. As AI moves from research environments to real-world decision environments, it goes from being a computer science challenge to becoming a business and societal challenge as well. Decades ago, adopting systems of governance and auditing helped ensure that businesses broadly reflected societal values. Let’s try replicate this success for AI. 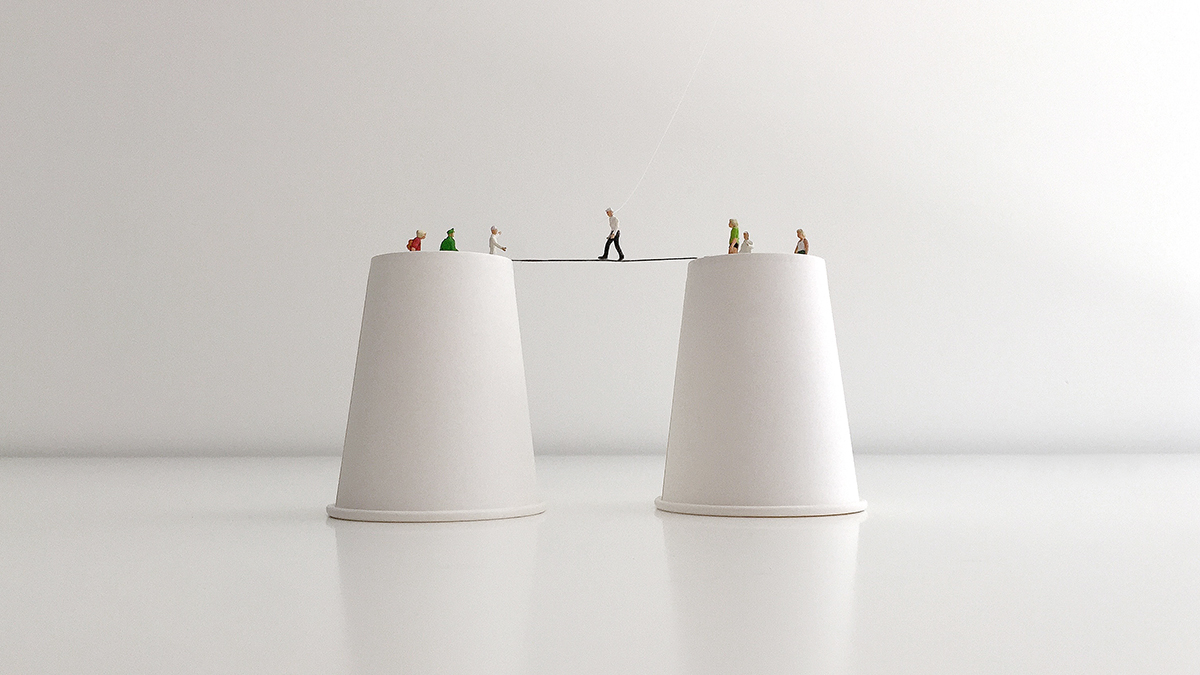 Is the Confidence Gap Between Men and Women a Myth?

Stephen Dubner's conversation with the former C.E.O. of Yahoo, recorded for the Freakonomics Radio series “The Secret Life of a C.E.O.” The post Extra: Carol Bartz Full Interview appeared first on Freakonomics.

It's not that a white male can't lead. I've done it. It's that we all benefit by being exposed to a diverse cohort of people, working in a diverse community. Because if you're in a leadership position, you're not leading just people who look like you.

"It Wasn't Russia," It Was Obama-Based Social Media Mining That Beat Hillary

The joint modeling of brain imaging information and genetic data is a promising research avenue to highlight the functional role of genes in determining the pathophysiological mechanisms of Alzheimer’s disease (AD). However, since genome-wide association (GWA) studies are essentially limited to the exploration of statistical correlations between genetic variants and...

Stephen Dubner's conversation with the C.E.O. of Microsoft, recorded for the Freakonomics Radio series “The Secret Life of a C.E.O.” The post Extra: Satya Nadella Full Interview appeared first on Freakonomics.

FaceTune is conquering Instagram – but does it take airbrushing too far?

The app that makes Photoshop-style retouching easy is wildly popular with celebrities but has prompted a body image debateThe Oxford English Dictionary chose “selfie” as its word of the year at the end of 2013. At around the same time, four Israeli computer science PhD students and a supreme court clerk had an idea for an app that that would allow regular people to do Photoshop-style retouching of their smartphones photos. That app was FaceTune. Continue reading...

DXC looks to repay part of its existing credit facility with the proceeds of its new senior notes offering worth GBP 250 million due 2025.

Whether it’s a giant infrastructure plan or a humble kitchen renovation, it’ll inevitably take way too long and cost way too much. That’s because you suffer from “the planning fallacy.” (You also have an “optimism bias” and a bad case of overconfidence.) But don’t worry: we’ve got the solution. The post Here’s Why All Your Projects Are Always Late — and What to Do About It appeared first on Freakonomics. DHAKA (Reuters) - Bangladeshi police arrested three men on Sunday as they investigate a knife attack on Zafar Iqbal, a popular author and professor of computer science and engineering. 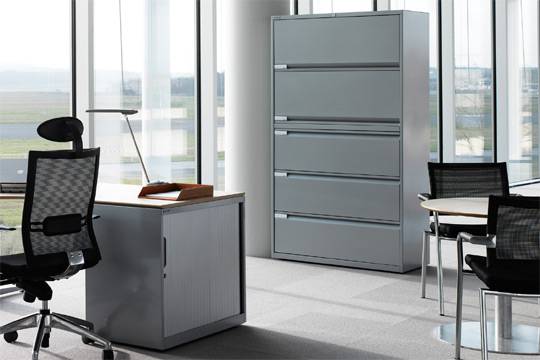 Authored by Toni Airaksinen via CampusReform.org, The Kennesaw State University LBGT Resource Center recently produced a new pamphlet that adds “ne,” “ve,” “ey,” “ze,” and “xe” to the list of gender neutral pronouns. The “Gender Neutral Pronouns” pamphlet, a copy of which was obtained by Campus Reform, tells students that “some people don’t feel like traditional gender pronouns fit their gender identities,” and thus lists alternatives that students can use instead. These pronouns are accompanied by a conjugation chart listing how they might be used as a subject, object, possessive, possessive pronoun, and reflexive. For example, to refer to a student who identifies as “ne,” one could say “Ne laughed” or “That is nirs.”  To refer to a student who identifies as “ve,” the pamphlet explains that one would say “Vis eyes gleam” or “I called ver.” The pamphlet - which lists seven different types of gender neutral pronouns - encourages students to ask their friends, classmates, and coworkers how they identify before making any assumptions.  The guide does warn, however, that students “may change their pronouns without changing their name, appearance, or gender identity,” and suggests that preferred pronouns be re-confirmed regularly during “check-ins at meetings or in class.”  “It can be tough to remember pronouns at first,” the guide notes. “Correct pronoun use is an easy step toward showing respect for people of every gender.” The guide was first discovered by Francis Hayes, a freshman studying computer science at Kennesaw State, who told Campus Reform that the pamphlet was distributed Tuesday by administrators in the school’s Student Center.  "It is a disgrace, because I thought that my school was one of the few schools left that weren't teaching these things. But when I found this, I felt really disappointed,” he told Campus Reform. “Why is this university entertaining something as useless as this?"  Hayes also criticized the pamphlet for potentially confusing impressionable students, claiming that Kennesaw State is “in the early stages of Cultural Marxification.” “The guide will confuse students regarding what gender they are,” he speculated, adding that “none of those pronouns exist in the English language, so it's pretty much ridiculous that they're trying to teach this."  Kennesaw State media officer Tammy Demel acknowledged a request for comment from Campus Reform, but did not respond in time for publication.

5 things Trump did this week while you weren't looking

Outside of the commotion in Washington, Trump's cabinet leaders are reshaping federal policy. 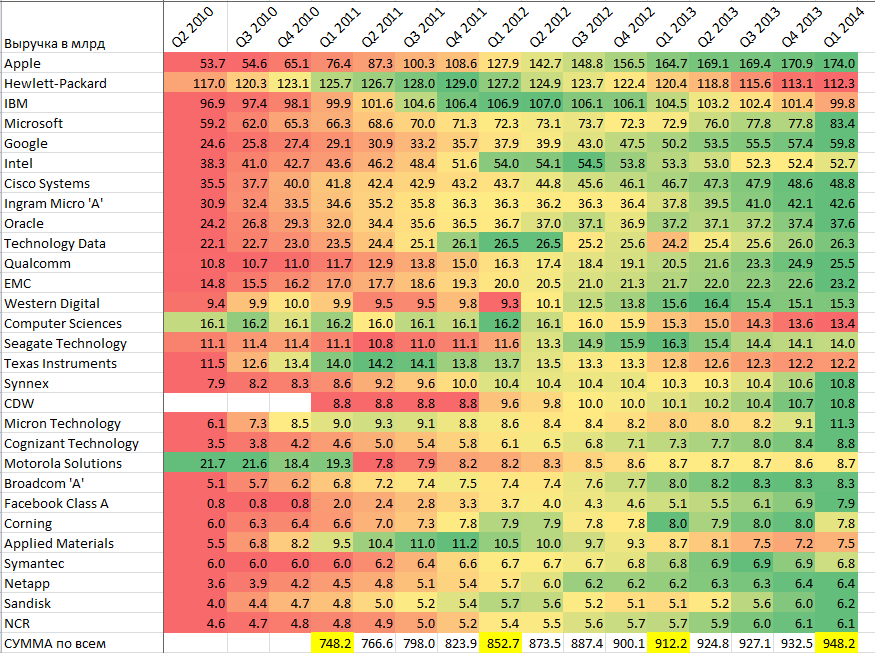