Costco (COST) Gains But Lags Market: What You Should Know

American Eagle (AEO) gains from robust omni-channel endeavors and initiatives to strengthen brands. These are likely to boost the company's third-quarter fiscal 2018 results.

Coupa (COUP) to Report Q3 Earnings: What's in the Cards?

lululemon (LULU) gains from progress on strategy for 2020 focused on broadening of digital business and international expansion. These factors should drive its third-quarter fiscal 2018 results.

Soft performance in the Publishing segment is likely to dent John Wiley & Sons' (JW.A) top line. However, the company plans to realign cost structure and reinvest in areas with growth potential.

Strong brands and growing digital presence are likely to benefit Signet (SIG) in Q3. However, persistence of soft operating margin is a concern.

"The Enemy Of My Enemy..." - Google Partners With Retailers To Challenge Amazon

Google and Facebook are poised to see their combined share of the US advertising market fall for the first time this year, the Wall Street Journal reported Monday. But luckily for Alphabet shareholders, the tech behemoth is already looking at compensatory streams of revenue. According to Reuters, in an unprecedented challenge to Amazon's dominance of the e-commerce market, Google is teaming up with retailers like Target Corp., Walmart Inc., Home Depot Inc., Costco Wholesale Corp and Ulta Beauty Inc. to take a cut of their sales in exchange for facilitating sales by allowing retailers to list their products directly on Google's search platform. Products will also appear on Google Express shopping service and the Google assistant for mobile phones and voice devices. In exchange for Google touting their products and linking to their loyalty programs, the retailers will hand over a slice of every purchase to Google. The search giant has tried to convince brands that partnering with it is their only hope of beating back the threat posed by Amazon. The pitch? Google is trying to convince brands that, by partnering with Google - and forking over a piece of their sales to Larry and Sergei - they will be able to exert greater influence over shoppers' decisions. Perhaps the biggest utility, according to Google, is that customers will be able to make purchases using Google's smart home assistant, granting them a toehold in the voice shopping market, what Reuters describes as "the next frontier for e-commerce." Google first got the idea for this new service after realizing that millions of customers were submitting image searches of products with questions like "where can I buy this?" However, most of these searchers, Google discerned, ended in a purchase via Amazon. The previously unreported initiative sprang from Google’s observation that tens of millions of consumers were sending image searches of products, asking "Where can I buy this?" "Where can I find it?" "How can I buy it?" "How do I transact?" Daniel Alegre, Google’s president for retail and shopping, told Reuters exclusively. Over the past two years, mobile searches asking where to buy products soared by 85 percent, Alegre said. But the current default choice for many consumers is a Google search that ends with an Amazon purchase, analysts said. The new Google program, Shopping Actions, will be available in the United States to retailers of all sizes and could help retail chains keep those customers. "We have taken a fundamentally different approach from the likes of Amazon because we see ourselves as an enabler of retail," Alegre said. "We see ourselves as part of a solution for retailers to be able to drive better transactions ... and get closer to the consumer." For consumers faced with a surfeit of choices, the idea is to make online buying easier by giving them a single shopping cart and instant checkout – a core feature of Amazon’s retail dominance. Instead of buying the product off of Amazon, customers will be able to add items from a diverse array of brands to one consolidated Google shopping cart - just like how Amazon has its shopping cart. Retailers will also have the option of listing their products on Google Home's voice shopping service. For example, a shopper looking for sneakers on Google on his phone can see a retailer’s listing and add that to his Google Express cart. Later, the customer can stand in the kitchen, and use the Google Home voice device to add paper towels to the same cart and buy everything at once. Retail partners saw the average size of a customer’s shopping basket increase by 30 percent, Alegre said, pointing to early results from the Shopping Actions program. Ulta Beauty’s average order value has jumped 35 percent since partnering with Google, Chief Executive Officer Mary Dillon said. Ulta sells makeup and skin care products from brands such as MAC, Estee Lauder and Clinique. Over the past six months, Target said the number of items in shoppers’ Google Express baskets have increased by nearly 20 percent, on average, as a result of its tie-up with the internet company. Target and Wal-Mart have already agreed to list their products on the service as they seek to outmaneuver Amazon. "Brands are looking at Google as the enemy of the enemy and that makes Google their friend," said Guru Hariharan, CEO of retail technology firm Boomerang Commerce, referring to the competition between Amazon and chains like Walmart and Target. Target shoppers “love the ease and convenience of making their Target run without lifting a finger by using a voice interface,” Chief Information and Digital Officer Mike McNamara said. "This is just the beginning for Target and Google," he added. Target shoppers will soon be able to link their online account and loyalty card with their Google accounts and get 5 percent off on purchases and free shipping, McNamara said. But the implications for voice shopping shouldn't be ignored. Smart voice devices like Amazon Echo and Google Home will be installed in 55% of US homes by 2022, according to Juniper Research. Amazon’s Alexa platform could generate $10 billion in revenues by 2020, according to a report from RBC Capital Markets estimated. The question now is: Is it too late for Google to mount a meaningful challenge to Amazon? Or will customers migrate to the new service? * * * Google, Amazon, and Facebook shares were lower as news about the falling advertising revenue - as well as outrage over Cambridge Analytica's purported use of Facebook data - hammers shares lower.

Exclusive: 'Where can I buy?' - Google makes push to turn product searches into cash

What Does Dodd-Frank Amendment Mean for American Express?

American Express (AXP) should benefit from the easing of regulations pertaining to the Dodd Frank Act; low tax rate, strong macro-economic conditions are other positives. 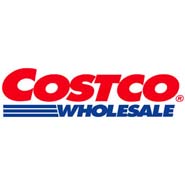 Costco Emergency Kits for the Apocalypse: What They Cost and Contain

Costco Wholesale Corporation (NASDAQ:COST) announced that its consumers will be able to prepare for the apocalypse with emergency kits created by the retailer. As previously mentioned, the Costco preppers can go for a little as $999.99, as that price will get you 96 cans and feed one person for a year on a diet of 1,200 calories per day. The priciest of the emergency kits will set you back $5,999.99 and it comes with 600 cans of food, capable of feeding four people a year on a per-person diet of 2,000 calories a day.

The traditional earnings season is effectively over, but a few marquee reports--especially in the retail sector--remain to be released. Make sure to keep an eye on these companies as they prepare to report during the week of March 12!

Costco Wholesale Corp. will push suppliers to lower prices on everything from steaks to televisions, aiming to keep customers away from rivals like Amazon.

Shares of Kroger (KR) were down nearly 10% in early morning trading Thursday after the grocery giant's fourth-quarter earnings disappointed investors. As a result, Kroger added its name to the list of sluggish reports from the retail space this week, creating fresh volatility and caution in the evolving sector.

After delivering three straight quarters of earnings beat, Costco (COST) missed on earnings in the second quarter. Notably, both the top and bottom lines registered double-digit growth year over year.