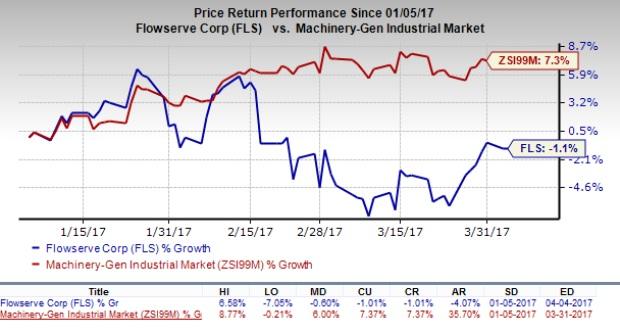 Flowserve (FLS) to Divest Gestra as Part of Restructuring

In a piece we ran this past week about a factory closing in northwestern Illinois, there was a wonderful little detail that risks getting lost in the bigger story, so I thought I’d call some attention to it in Notes: The CEO of the private-equity firm responsible for the closure hosted the fundraiser where Mitt Romney made his crass 47-percent remark in the 2012 election cycle. As our writer Chad Broughton tells it: The events that led to the [factory’s] shuttering began in 2014, when Schneider Electric, a French multinational, bought Invensys, the company that owned the Hanover factory. Schneider then sold part of Invensys to Sun European Capital, a division of Sun Capital, a private-equity firm that specializes in, among other things, this kind of “corporate carve-out.” Co-CEO of Sun, Marc J. Leder, said at the time, “As the broader economic environment improves, we expect to see greater potential in the global appliance market to emerge. We are looking forward to working hand in hand with the management team in the pursuit of these prospects.” A few months later, in October 2014, Robertshaw—the renamed Invensys unit—announced two American factory closings, one of which was Hanover’s. Rumor had finally become reality. Some readers may recall Sun Capital from the last presidential election. Leder, Sun Capital’s co-founder, had been inspired into private equity by Mitt Romney, who was, of course, a PE superstar, having established Bain Capital in 1984. In September 2012, just weeks before the election, Leder hosted Romney for a $50,000 a plate fundraiser at his Florida home. At the fundraiser, Romney made his now-infamous remarks about the 47 percent of Americans “who will vote for the president no matter what … who are dependent upon government, who believe that they are victims, who believe the government has a responsibility to care for them, who believe that they are entitled to health care, to food, to housing, to you-name-it.” More than anything, for me this brings a story that has existed in the realm of mythology into the real—a place where politicians and private-equity “superstars” are made of the same flesh and bone as factory-workers, and ideas have consequences. 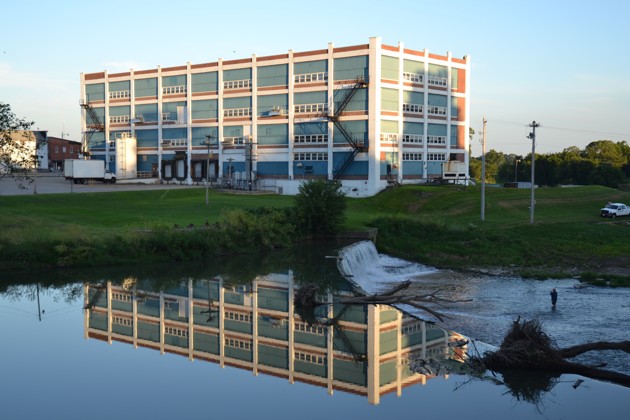 Inside every dishwasher, refrigerator, and washing machine is a little valve that directs the flow of water. For decades, most of these valves have come from a factory in the northwestern corner of Illinois, but not after today.

What little hair they had was mostly grey. Filling barely half the seats across 15 rows in a room within the Victorian red brick Holborn Bars in central London, a rag-tag band of post-middle aged investors made a last, doomed stand to prevent their business being sold to the French.

Outlook Eyebrows were raised four years ago when Sir Nigel Rudd took the chair at Invensys, the industrial controls group that agreed to be sold yesterday to Schneider Electric of France. It was too small, too dull and probably didn't have much of an independent future. All that remains true today, except by repairing its finances and plugging its pension deficit, Sir Nigel and his chief executive Wayne Edmunds have made it saleable.

Invensys bought out by Schneider Electric in £3.4bn deal

French buyers warn of UK job losses as part of plan to save £122m a year after purchase of British engineering firmEngineering firm Invensys has become the latest British company to fall to a foreign rival after agreeing to a £3.4bn takeover by France's Schneider Electric.London-based Invensys, which develops computer systems for refineries, chemical and nuclear plants, employs more than 1,100 people in the UK – around 6% of its workforce. If shareholders approve the deal, the new company will have a combined UK workforce of more than 4,600 and a global staff of 156,000. But Schneider is warning of possible job losses as it aims to save €140m (£122m) a year.The French group sees potential to cut costs in overlapping corporate and support functions, and signalled it could offload non-core divisions within Invensys, including its appliance arm, which makes controls for washing machines.Manuel Cortes, leader of the Transport Salaried Staffs' Association, which represents the majority of the staff at Invensys, said the union was seeking an urgent meeting with management: "We have heard rumours of job cuts following the takeover but no hard information from the company itself. We are now seeking an urgent meeting to clarify the situation."We are talking about a highly skilled workforce and we would be surprised if the new owners did not want use that workforce to further its business plans."Sir Nigel Rudd, chairman of Invensys, said there was a "strong strategic fit" between the two companies, adding that the cash and shares offer was a "very attractive outcome" for shareholders. City veteran Rudd was chairman of Pilkington Glass and Boots when these companies were sold to foreign buyers.Jean-Pascal Tricoire, chairman and chief executive of Schneider, said it was an "exciting day" for both companies. "We warmly welcome Invensys' team and believe that the combined business will provide new and larger growth opportunities for employees and customers."The takeover puts senior staff, excluding board executives, in line for special awards worth up to 200% of salary over a three-year period. Other employees who stay with the group could be entitled to a payout worth 150% of salary, as part of a €4bn bonus pool.Invensys has long been seen as ripe for takeover, a view that stuck when it sold off its rail division to Siemens of Germany last year to cover a shortfall in its pension scheme and return £625m in cash to shareholders.Tom Dobell, manager of the £7bn M&G Recovery fund, and the biggest single shareholder in Invensys with 9% of its stock, said management had "done an outstanding job at getting the business to a stage where someone wanted to bid for it".Dobell pointed to the deal that Invensys struck with Siemens, which revealed how chronically undervalued the stock was. Siemens paid £1,740m for the company's rail signalling division at a time when the total stockmarket capitalisation of Invensys was £1,760m. "They effectively sold a third of their business for the entire market value of the company at the time."Dobell, who has held Invensys shares for ten years, said that the Schneider deal indicated a renewed appetite for mergers and acquisitions after a long period in which companies have focussed on paying off debts, restructuring their balance sheets and improving cashflow.Schneider's acquisition of Invensys so soon after the Siemens buyout of the rail business will raise concerns about the survival of major UK independent engineering names at a time when the government is aiming for a domestic manufacturing revival. But Dobell added: "Invensys, like many of our UK industrial holdings, has used the last 15-20 years to diversify internationally. It may be quoted in London, but the number of software engineers it has in the UK is at best modest. UK companies have been very active in acquiring overseas, and we can't have it both ways."Profile: Sir Nigel RuddRudd is often described as the busiest man in the city. An accountant by training, he co-founded industrial conglomerate Williams Holdings in 1982, leading the company for almost two decades when it snapped up household names from Crown paints to Yale locks.After Williams was split up into separate companies in 2000, Rudd become a serial executive director. At one point he had a seat in the boardroom in half a dozen different companies. He served as a former deputy chair of Barclays, but is best known as a wheeler dealer chairman who allowed well-known brands Boots and Pilkington Glass to be sold to international buyers.PendragonPendragon motor showrooms was spun out of Williams Holdings in 2000, rapidly growing its 19 dealerships to become the country's biggest car dealer with more than 250 outlets. With Rudd in the chair, Pendragon snapped up smaller Harrogate-based rival CD Bramall for £230m in 2003, followed by Wearside-based Reg Vardy for £450m in 2005.Alliance BootsRudd was appointed chairman of Alliance Boots in 2000 and remained at the helm when it agreed to a £11.1bn takeover by private equity-firm KKR in 2007. The deal went through at top of the market and Rudd, who left soon after, is believed to have pocketed £4m.Pilkington GlassRudd joined the board of Pilkington Glass in 1993 and as chairman oversaw the £2.2bn sale to its largest shareholder, Nippon Sheet Glass of Japan, in 2006.InvensysRudd quit his boardroom role at Barclays bank in 2009 to concentrate on Invensys, following his appointment the previous year. On Wednesday the engineering firm announced that it was going to be taken over by France's Schneider Electric in a £3.4bn deal.And the deal he didn't make …Heathrow AirportSpanish building group Ferrovial took over BAA, owner of Heathrow airport, two years before Rudd became chairman. Over the past two years he has watched as the Spanish group has cut its 50% stake to 34%, selling off tranches to Qatari and Chinese investment funds.Profile by Jennifer RankinInvensysEngineeringFranceEuropeManufacturing sectorJennifer RankinPatrick Collinsontheguardian.com © 2013 Guardian News and Media Limited or its affiliated companies. All rights reserved. | Use of this content is subject to our Terms & Conditions | More Feeds

France's Schneider Electric has agreed a £3.4 billion deal for Invensys in a move that could lead to jobs cuts for UK workers.

Industrial software firm Invensys has agreed a £3.4 billion takeover by France's Schneider Electric, marking the latest swoop on a British company by a foreign rival.

Schneider to acquire Invensys for £3.4bn