Yes. In fact, we probably already did.

Express Scripts names Tim Wentworth as its next CEO, effective May 2016

- Express Scripts Holding Co (NASDAQ:ESRX) announced on Wednesday afternoon that CEO George Paz will enter retirement following the company’s annual stockholder meeting next May, when he will be succeeded by company president Tim Wentworth. In addition, the company said Paz will remain on the Board of Directors as its non-executive chairman following his retirement, while Thomas Mac Mahon will continue as its lead independent director. Wentworth joined the St. Louis-based pharmacy benefit management (PBM) organization in 2012 after its merger with Medco Health Solutions. In February, 2014 Wentworth was promoted to president of the largest PBM organization in the U.S. “Tim is the right person to lead Express Scripts into the future,” Paz said in a statement. “I have a high level of confidence in Tim that is shared by all of us who have seen him drive performance. I look forward to working with Tim, our senior leadership team and our Board as we continue to deliver for clients, patients and shareholders.” Previously, Wentworth led Medco’s employer and key accounts organizations for a period that exceeded more than 12 years before the merger between the companies. Wentworth also spent five years at cosmetics giant Mary Kay, Inc. where he spent stints as the company’s senior vice president of human resources, as well as the president of its international division. Wentworth received a bachelor’s degree in industrial and labor relations from Cornell. “I am honored to lead Express Scripts, a vital healthcare company powered by 30,000 people who are passionate about delivering the best pharmacy care to patients,” Wentworth said in a statement. “Every day, we put medicine within reach of 85 million people by uniquely combining innovative solutions, specialized care and focused, industry-leading scale. I am excited about our future and how we will continue to change healthcare, while delivering better value, service and care to clients and patients.” In late-July, Express Scripts posted adjusted net income of $979.1 million for its second quarter of 2015, an increase of 4% on a year-over-year basis. Last year, U.S. prescription drug spending increased by more than 13%, driven by significant gains in Hepatitis C and compound medicine, according to the company. Shares in Express Scripts were relatively flat in after-hours trading, falling 0.02 or 0.02% to 83.59.

Health insurers might start thinking about adding pharmacy benefit managers to their portfolio following the news that a unit of UnitedHealth Group (UNH) is taking over Catamaran Corporation (CTRX). 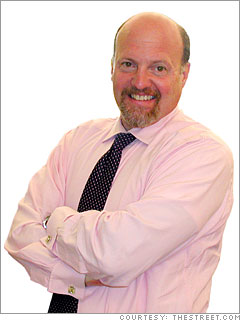 By SA Editor Miriam Metzinger: Stocks discussed on the Lightning Round session of Jim Cramer's Mad Money TV Program, Tuesday January 15. Bullish Calls: American Capital Agency (AGNC): "I used to fight this tooth and nail, because the dividend was a red flag. I now believe it can handle this yield. The dividend might not always stay this high, but I would buy it." Prospect Capital (PSEC): "It's a mezzanine lender. I think the economy is stronger than people think. That is a good situation." Kelly Services (KELYA): "I think it is going to be more advantageous for companies to use Kelly than to actually hire people full-time." Express Scripts (ESRX), Medco Health Solutions (MHS), CVS Caremark (CVS): (when asked about the merger between ESRX and MHS) "My take is that it is okay to buy these, but there are other players that are even better. I like CVS Caremark." Bearish Calls: Complete Story »

Valeant Pharmaceuticals ([[VRX]] +0.4%) completes its executive management team by naming Laizer Kornwasser as EVP/Group Chairman with responsibility for the firm's Canadian operations, U.S. Neurology, and various other U.S. functions, including managed care and distribution. Kornwasser was a senior exec at Medco Health prior to its acquisition by Express Scripts. (Recent other Valeant appointments) (PR)

Valeant Pharmaceuticals (VRX +0.4%) completes its executive management team by naming Laizer Kornwasser as EVP/Group Chairman with responsibility for the firm's Canadian operations, U.S. Neurology, and various other U.S. functions, including managed care and distribution. Kornwasser was a senior exec at Medco Health prior to its acquisition by Express Scripts. (Recent other Valeant appointments) (PR) Post your comment!

By Robert Broens:Shares of Express Scripts Holding Company (ESRX) fell 12.3% in Tuesday's trading session. The company which manages billions of prescriptions for millions of consumers on behalf of employers, health plans and unions, reported its third quarter results on Monday after the close. Third Quarter Results Express Scripts reported third quarter revenues of $27.0 billion, up 133.3% on the year. The spectacular growth is driven by the acquisition of Medco Health Solutions.The company reported gross profits of $2.13 billion, up 155% on the year. Gross margins increased by 60 basis points to 8.1%.Express reported a net income of $391.4 million, or $0.47 per diluted share. Net income was up 20.5% on the year, while earnings per share fell 28.8% on the year. The number of shares outstanding increased significantly after acquiring Medco.Adjusted earnings came in at $1.02 per diluted share, up from $0.79 per share last year. EarningsComplete Story »