Beware any chief executive without a Plan B. Westfield boss Peter Lowy is the latest to lack one, declaring on Thursday that despite a big drop in the value of

Will Unibail-Rodamco Give Westfield Malls A European Make Over?

Paris-based Unibail-Rodamco acquired Westfield Corp giving it foothold in 13 countries and 104 mall locations. In the acquisition the combined company will assume the Westfield name and rebrand its Euro locations under Westfield logo. Could Euro-style makeover for its U.S. malls be in works? 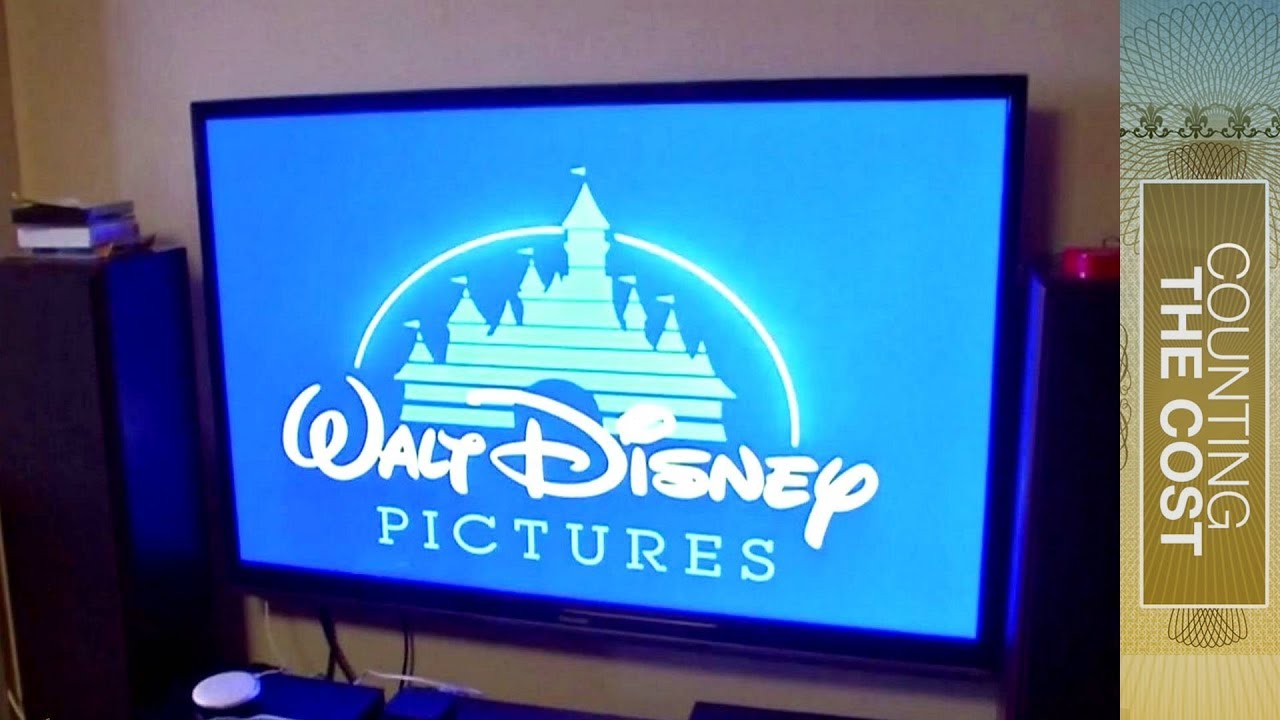 Counting the Cost - Online streaming wars: Behind the Disney-Fox deal

It's one of the biggest media shake-ups in recent history. The Walt Disney Company is in the process of buying up the entertainment businesses of Rupert Murdoch's 21st Century Fox in a landmark $52.4bn deal. If it's approved, it'll be a union of Hollywood's heavyweights. But the wider story is about how people consume entertainment content in the digital age and what this means for the corporate landscape. "In the media world this is absolutely huge, but in the tech world, the combined entity is still far off the likes of Facebook, Google and Amazon, and I think that's actually the point. Disney and Fox are realising that with the growth that you're seeing within the tech versus media companies, the only chance they've got is by being a combined entity," says Mark Mulligan, managing director of Midia Research. Mulligan thinks the change is necessary because "all of these companies [Google, Facebook, Amazon] are going to be going right at the home turf of Disney and Fox ... What we're in at the moment is a battle between distribution and content. The saying always used to be that 'content is king' but now we're seeing the distribution, the big technology companies - that's where the power resides. So I think we need to look at the Disney-Fox deal within that context." With so many streaming services around the world, Mulligan says there's "a degree of maturity in online streaming - so there's still vast amounts of growth in this market." Interestingly, one of the things Netflix is great at is "migrating people away from mobile viewing to TV- centric viewing. The majority of people who sign up for Netflix on mobile will after a number of months mainly be watching through a TV set. So, there's a real recognition from the streaming companies of the need to get people away from the less reliable mobile networks into a home-wifi." "But there's going to be a much bigger challenge at the moment which is looking like we're going to have new regulations on net neutrality in the US", says Mulligan. "What that essentially means is that telephone companies that provide the internet access are going to be able to decide which services they want to perform well and which not ... so it might be that a telephone company in the US has launched its own video service and it decides anybody who's watching Netflix is going to get a small amount of connection - so however good your broadband connection is Netflix is always going to under perform. And that's potentially one of the most worrying developments that's facing streaming services at the moment." Also on this episode of Counting the Cost: Gas Exporting Countries Forum: Gas-producing countries like Qatar, Russia and Iran have laid out what they think is the future of their industry for the next two decades and it's looking strong. Kamal Santamaria went to the headquarters of the organisation in Qatar to catch up with Dr Mohammad Hossein Adeli, the organisation's secretary-general. Discussing the main drivers of energy and gas, Adeli says, "in the next 23 years up until 2040, you're going to have 1.7 billion people in the world, we're going to have 770 million more cars and 790 million more homes, and the people in the world are going to be more wealth, so all together, these are strong drivers of the demand of energy." Net neutrality: This week, rules protecting open internet access have been repealed by the US government. The changes could mean large corporations can pay internet service providers to prioritise their websites, and even block their competitors. Net neutrality advocates worry it could lead to censorship and increased internet access costs. Heidi Zhou Castro reports from Washington. Retail armageddon: It seems one way to survive retail armageddon is to engage in some retail therapy. Christophe Cuvillier, the CEO of European mall owner Unibail-Rodamco, has said online shopping has its limits and physical stores will never go out of fashion. He has predicted online shopping will peak at 20 percent of global retail spending from 8 to 10 percent currently. Unibail-Rodamco, which has high end malls from Paris to Helsinki, is bidding $15.7bn to buy Australia's Westfield. The deal, if approved will create the world's biggest mall operator. Greece solar: For so long Greece was about debt and economic hardship, but during that long recession, Greece underwent rapid growth in the use of solar energy. And it means the country will now meet its emissions targets under the Paris Climate Change Accord. John Psaropoulos reports from Lavrio. More from Counting the Cost on: YouTube - http://aje.io/countingthecostYT Website - http://aljazeera.com/countingthecost/

The rush to consolidate by owners of large shopping centres suggests they are seeking protection from the rise of online rivalsThe crisis of confidence among owners of large shopping centres is contagious. Last week it was Hammerson, the Birmingham Bullring folk, bidding for Intu, owner of Gateshead’s Metrocentre. Now, on grander scale, French giant Unibail-Rodamco is paying $25bn (£18.5bn) to own Westfield, the Australian outfit that has erected its multistorey car parks, with malls attached, in east and west London. Continue reading...

The need for consolidation in the face of the ongoing Amazon - and broader online menace - is becoming irresistible, even for the biggest and best mall operators. Today the French-based Unibail-Rodamco, the biggest commercial landlord in Europe, agreed to purchase Westfield, the Australian-based mall operator. Unibail is offering 0.018844 shares and $2.67 cash for each Westfield share – a 65/35 stock/cash ratio – which values Westfield at an enterprise value of $24.7 billion. Westfield owns 35 shopping malls in the UK and US and is building a new mall in the Italian city of Milan. It ranks as the biggest private sector mall owner in London and the twelfth largest in the US. If successful, the deal will be the largest takeover in Asia Pacific this year and the largest ever in Australia. It is also the largest transaction in the real estate sector, since Lehman Brothers Holdings sold an apartment ownership company for $16 billion in 2013. The decline and restructuring of the shopping mall sector is something we’ve been following closely, for example, in the series “Dead Mall Stalking – One Hedge Fund Manager’s Tour Across Middle America”, in part 1, part 2 and part 3. In October, we noted with incredulity the logic-defying strategy of General Growth Properties. So what do you do when your business has entered a period of secular decline due to changing consumer trends which has created an environment of massive oversupply and no pricing power?  Well, if you're the once-bankrupt commercial REIT, General Growth Properties (GGP), then you build a brand new $525 million mega-mall and make the problem even worse.  Fortunately the combination of Unibail and Westfield, which will create the global leader with 104 properties, makes strategic sense. Indeed, the deal fits with Unibail’s strategy of high-grading its portfolio in recent years. The company has been divesting its smaller and less dominant properties across Europe, reinvesting the cash in larger malls which it hopes will be more resilient to the growth of online shopping. The plan to sell 3 billion euros worth of European malls will be unaffected by the Westfield transaction. Bloomberg Intelligence analyst, Sue Munden, who we know as a sensible commentator on the commercial property sector, had this to say on the deal. “This is a combination of two of the best-in-class mall operators in the world…They will become a dominant player, have the best relationships with retailers and therefore be best placed to create the malls of the future.” According to Unibail’s CEO, Christophe Cuvillier, "The acquisition of Westfield is a natural extension of Unibail-Rodamco’s strategy of concentration, differentiation and innovation…It adds a number of new attractive retail markets in London and the wealthiest catchment areas in the United States." Unibail stated that the deal should lead to annual synergies of 100 million euros per year and will be earnings accretive in the first full year of consolidation. Speaking to Bloomberg, one analyst thinks Unibail is overpaying. “Our first take is that we are not over-excited about the price -- Unibail is buying at an implied initial yield of below four percent,” said Peter Papadakos, an analyst at Green Street Advisors in London. “If you think about where cap rates and yields are going in the U.S. and the U.K., which we think will be stable to upwards, the pricing is aggressive.” Westfield was founded in 1959 by Frank Lowy, now billionaire Sir Frank Lowy, with one shopping mall in Sydney suburb. The Lowy family will retain a shareholding in the enlarged group. The group was split in 2014 with the UK and US assets retaining the Westfield name, while the Australia and New Zealand assets were spun-off into Scentre Group, listed on the Australian Stock Exchange. Quoted by the Financial Times, Sir Frank said “we started small but we took Westfield to the world,” adding it was the right time to sell given Unibail-Rodamco were offering a good price to shareholders, and given the pressures in the global retail industry… Sir Frank said his family, including his sons Peter, Steven and David who have all worked closely with him, wanted to change their roles in the world by moving from being executives to becoming investors. Lowy Senior,, now 87-years old, will chair a newly created advisory board in the merged company. Given the success Lowery had in building his company and the timing of his sale, we suspect that Unibail will benefit from his retail savvy going forward. They might need it. We get the Unibail strategy of creating a global leader with malls located in the “best” cities, as strategies go in this sector, it’s probably the only one that has a chance of success given the strategic challenges. Nonetheless, it’s not going to be easy, as even Unibail’s CFO Jaap Tonckens acknowledges. “We’re going into London, we believe it’s a global city and will be fine” despite the slowing U.K. economy, Tonckens said. “Will it be choppy? Probably.” Yet for all the giant numbers in the tens of billions floating around this, Jeff Bezos has one phrase that summarizes them best: pocket change.

Though malls are struggling, Unibail-Rodamco is set to acquire Westfield, the owner of shopping centers including the mall at One World Trade Center.

Unibail-Rodamco to buy Westfield for $15.7B 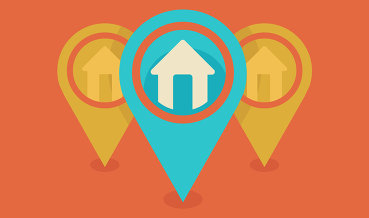 Unibail-Rodamco’s new Mall of Scandinavia is the biggest mall in the Nordic region, and it reflects the splashy side of Europe’s largest listed landlord’s retail strategy.

Netherlands stocks higher at close of trade; AEX up 0.42%